A couple more moonscapes... as I earlier promised. Moonlight has been the inspiration for so many creative individuals... in so many art forms. Musicians, writers, poets, dancers and painters have since earliest times been drawn to observe and to try to capture the celestial power the moon. It has captured the human spirit... imagination and created wonder in us all. That enrapture in earliest childhood... "when the cow jumped over the moon" and for many in my own generation led right up to that landmark marker on  mankind actually stepping for the first time on the lunar surface on July 20th, 1969.

At that time, mankind for the very first time had a reversed view and forever changed perspective of Earth relative to the moon... and the Universe really. Seeing the Earth... as no humans had ever done before, for certain changed our view of "possibility." Certainly. this "one small human step" by Neil Armstrong does represent an epic scientific stride "for all of mankind." But we, as artists have long been dreaming and reaching out to places where no other men or women have ventured through our individual sand our collective expression.

I will move towards the conclusion of this post by sharing a tabletop painting that I created for Allison to mark her successful completion of her undergraduate studies at Queen's University. Ironically... it bespeaks a Truth that we couldn't envisage. My words... at hat time... were simply words of pride and encouragement back then.

But today... those words stand as an epitaph and testimonial to her accomplishments and endearment to her many students. 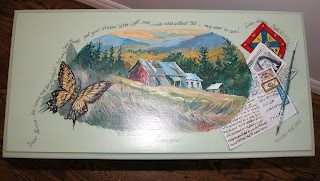 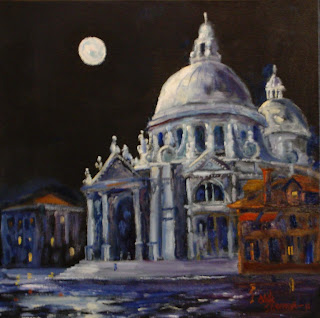 It has always been my custom to scout an area before finding my way there to set up and paint en plein air. In so doing, I am able to eliminate some of the numerous variables that lead to a lack of success and hardship. That is especially so during the winter months when one faces the hard cold, wind and shortened period of light.

Most times in winter, I will begin with a smaller canvas, say 11x14 or 16x20 inches. These sizes permit plenty of time to completely accomplish the painting in the two and one half hours needed. Occasionally, that first painting moves more quickly than expected. But there is not sufficient time time to find and relocate quickly enough to step into another subject 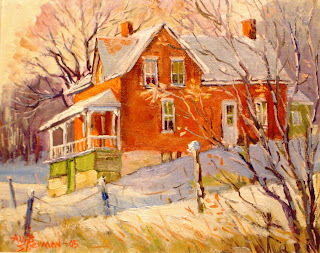 So, I look 360 degrees around my easel setup to see if something interesting catches my eye. Usually there is something that fills the bill nicely. So , I gather my thoughts.. fully knowing that there will be no fancy-dancing about. I begin, in earnest what I refer to... as "my run for the sun." It describes perfectly the goal of my attempt here. Simply to out dual the rapidly dying sun on the horizon. Here is such a panel measuring 8x10 inches. The composition is simple... the colors muted or contrasting. But what catches my attention and becomes the central image in the painting is... 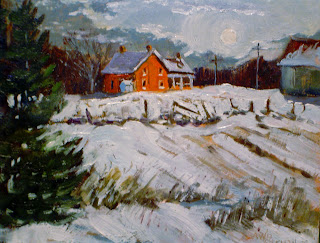 This scene directly followed the one that you see above it... within mere minutes really. Note the rapid brush works.... " A stroke laid  must remain a stroke made."
Strangely enough... the smaller rapid sketch left my hands much sooner than the larger more finished canvas. Why would that be? Luck? ... "circumchance" ???

I would like to end this blog post today with this bright and optimistic canvas that I created in homage to heritage and hard work. This 24 x 30 inch oil on canvas captures the crisp early golden light of a new day. Perhaps... such a bright, snowy day best describes the new beginning of a brand New Year. 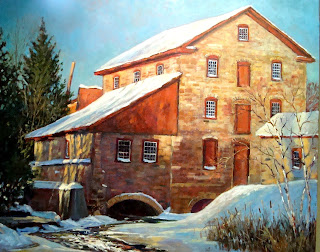 Wishing all of you... a Happy New Year... filled with the richest blessings of Joy, Health, and Happiness. May 2020 bring inspiration...  adventure and Good Painting into each of your lives! 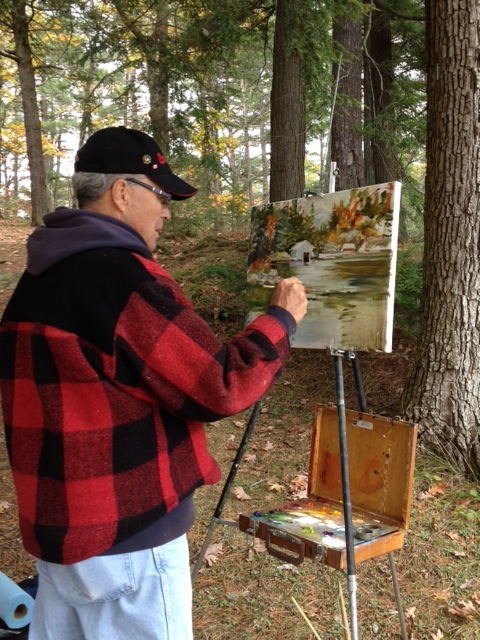 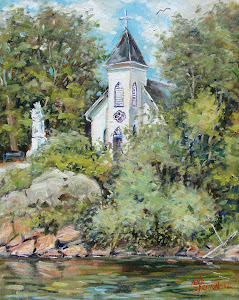 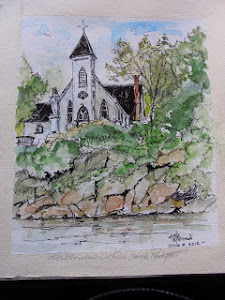 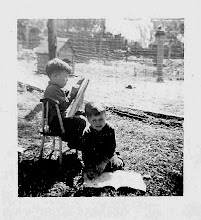